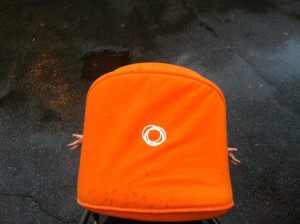 I don’t know if anybody else thinks this is as funny as I do, but when my husband and I saw my daughter do this, we couldn’t stop laughing.  And no, it is not an intentional Bugaboo ad 😉