Disclaimer: I received a train set for review purposes.  No other compensation was received.  All opinions are my own.** 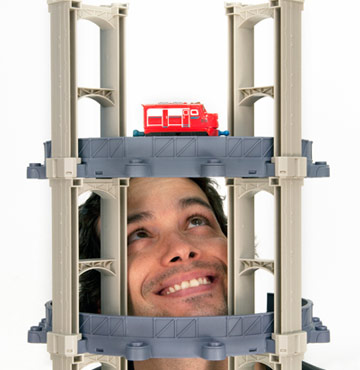 TOMY Master Builder, Jason Moreno, and his team of helpers will attempt to set a Guinness World Record for World’s Tallest Train Track using the newly expanded Chuggington StackTrack.  The Chuggington StackTrack is a die-cast railway system that allows children to build a track which spirals up instead of merely taking over their floorspace like traditional train sets.

As a New York City mom, I have a special spot in my heart for toys that do not take over huge amounts of floor space–with it’s sturdy, interlocking pieces and room for creative spiraling–this set was an instant win.  Definitely not so easy to put together, but once we had it up, my kids loved zooming the trains down the ‘loop de loops’ that my husband had set up for them.

In order to set the GUINNESS WORLD RECORDS title for World’s Tallest Toy Train Track,
Moreno and his helpers must construct a towering layout utilizing the Chuggington StackTrack
die-cast railway track that meets or exceeds 9 feet 8 inches in height, and a commercially
available Chuggington StackTrack die-cast railway train must then travel from the top of the
track all the way down to the bottom.  Clearly not just child’s play! 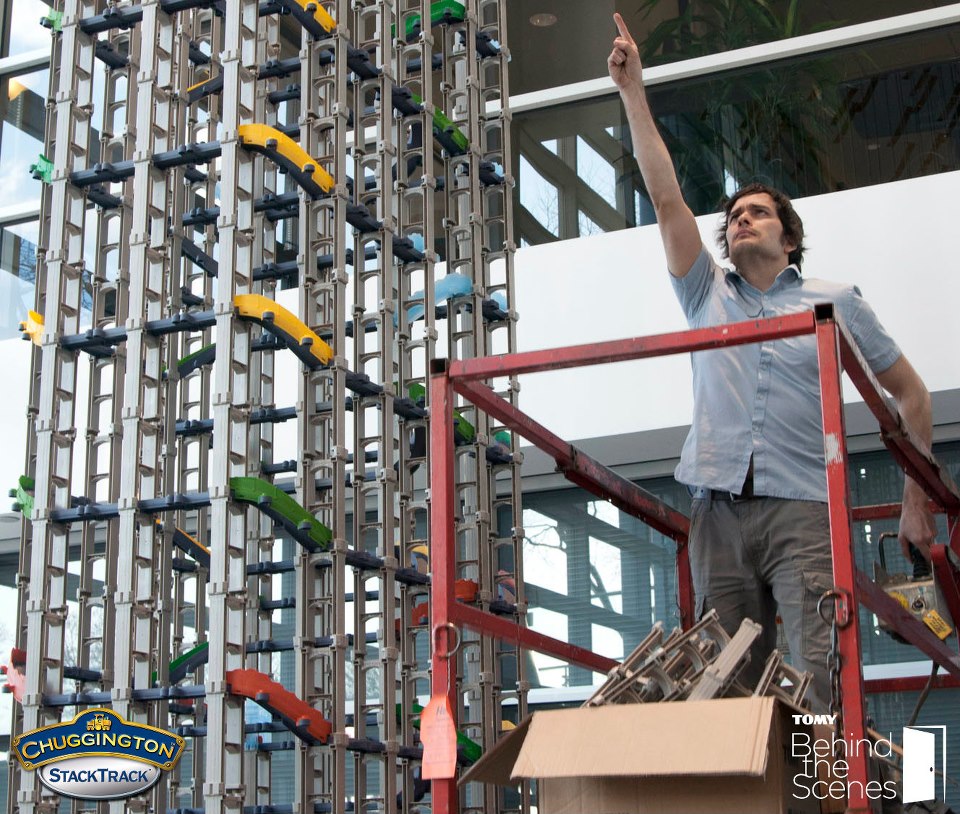 The attempt will be part of the Grand Central Parade of Trains at Grand Central Terminal in New York City on Saturday May 11 from 10:00am-1:00pm.

Train enthusiasts of all ages are invited to participate in the event,
which is free and open to the public from 10:00 a.m. until 4:00 p.m. Attendees may also visit
the Chuggington areas in the Kids Junction, which will feature fun train activities, games,
giveaways, and entertainment including interactive entertainment and prizes from Radio Disney AM 1560 11:00 a.m.-2:00 p.m.