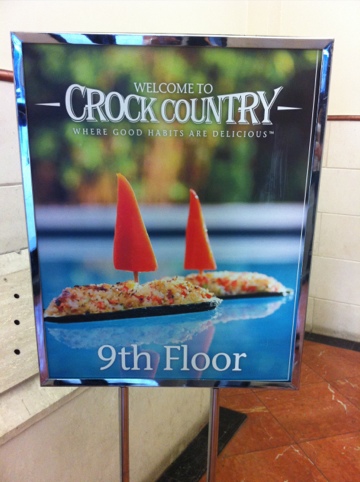 I must admit, I have never had a problem getting my kids to eat a variety of fruits and vegetables.  I know, though, that I am in the minority (don’t call it luck–it’s at least 95% training!) and that parents sometimes resort to all sorts of subterfuge to get their children to eat healthy. Ick. Please don’t hide spinach in your children’s brownies–it’s doesn’t pack that much of a nutritional punch and definitely doesn’t teach them to eat healthy.

Clare Crespo, along with Country Crock, has come up with a whole bunch of really fun recipes (kind of like food crafts) which could probably coax even the pickiest eater to take at least a tiny bite.

At the New York Launch event for the A Very Veggie World Cookbook , my almost 6 year old son had a great time making an American flag pizza, an ratatouille filled eggplant race car and checking out the food sculptures. 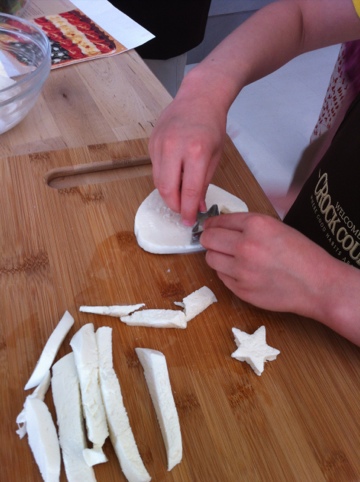 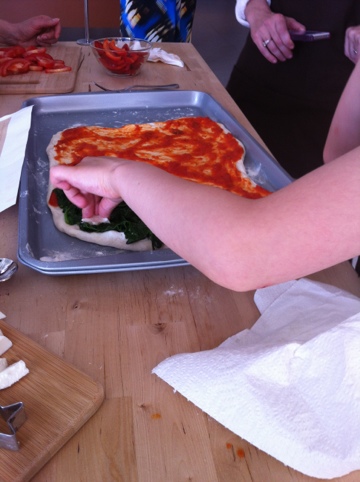 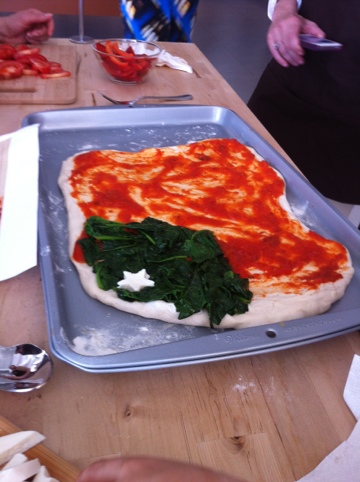 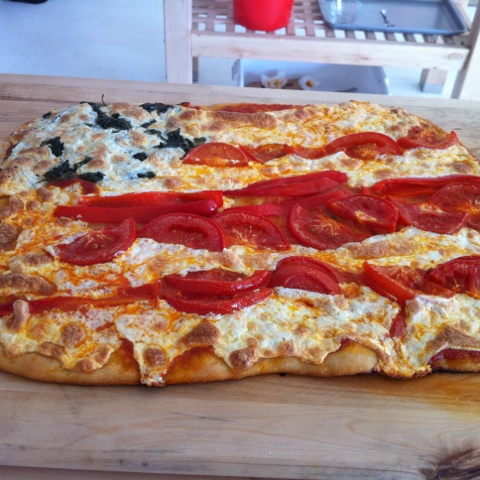 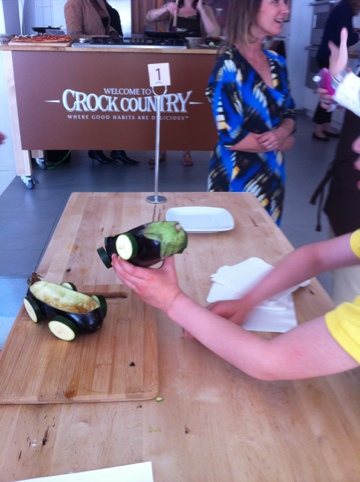 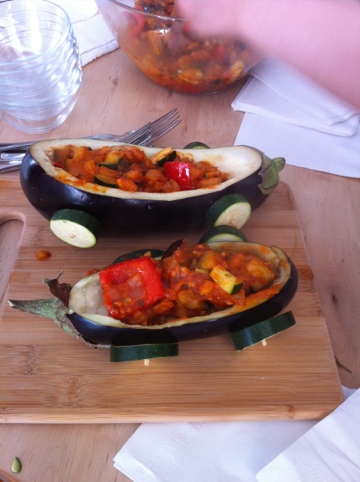 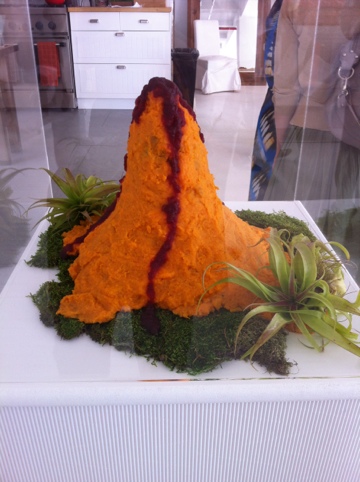 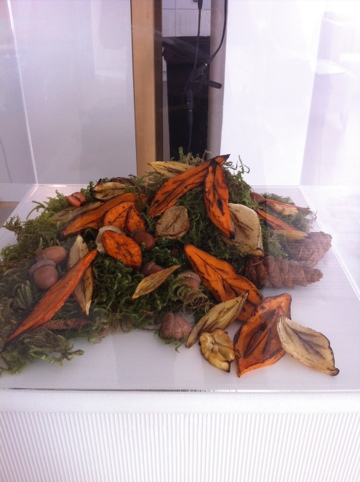 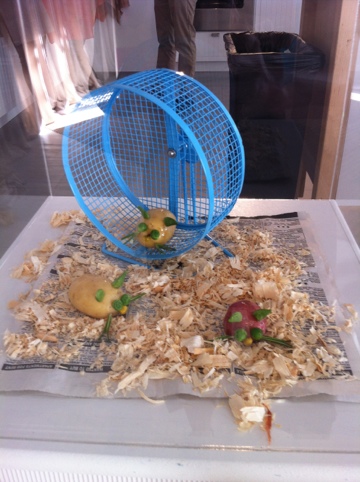 Take two slices of mozzarella cheese and stack together.
Use kitchen scissors or small knife to cut a few star shapes
out of the cheese. Slice remaining cheese slices into
1-inch strips.
Preheat oven to 450°. Melt Country Crock® Spread in a
large nonstick skillet over medium heat. Add spinach
and cook until wilted, about 2 minutes. Remove from
heat and set aside.
Stretch pizza dough to fit a rectangular pan. Spread
Ragu® Pizza Quick Sauce evenly over dough. Sprinkle
spinach over top left corner of dough. Place stars on the
spinach. Lay tomatoes (or peppers) and cheese strips in
alternating strips on rest of the pizza.
Bake 10 to 20 minutes until cheese is melted and starting
to turn golden and crust is starting to brown. Remove
from oven and serve with crushed red pepper flakes (if
using).

“A Very Veggie World” is available for a free download at www.averyveggieworld.com.

**Disclaimer: I was a guest of Country Crock at the launch event and received a variety of goodies**