To get it out of the way upfront, my family doesn’t generally buy frozen pizza.  We have great pizza delivery in the neighborhood, but we generally prefer to make our own…from scratch.

I was intrigued to try out these frozen pizzas as well as the packaged crust to see how they match up to my homemade dough.  I was glad to see right off that bat that, unlike some other brands, the American Flatbread products do not contain a whole host of unpronounceable ingredients. 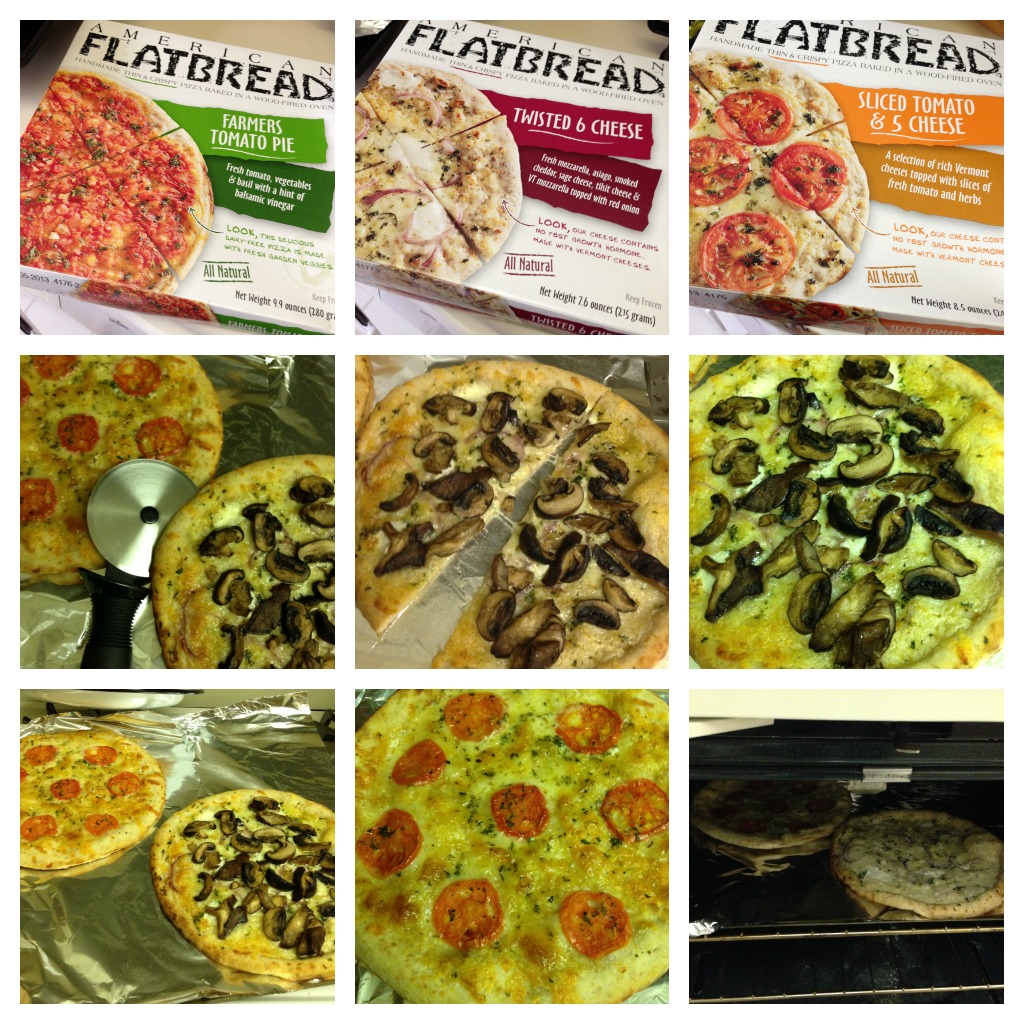 The verdict–My kids really liked the Farmer’s Tomato Pie, declaring it “kind of like a bruschetta” (yes, we have sophisticated eaters around here.)  They claimed that it couldn’t be a pizza without the cheese, but they did enjoy it as an afternoon snack.  One pie was a perfect snack for two hungry children to share.

The Twisted 6 Cheese looks a little bit different in my pictures because I added on some sauteed mixed mushrooms that I had in the fridge.  My sauce hating daughter really liked this one, though she did admit that the mushrooms were her favorite part.

The Sliced Tomato and 5 Cheese pie was the greatest success, once my kids removed the sliced tomatoes.

All in all, the crusts were pleasantly crisp and the cheese was not too oily.  If you’re going to buy frozen pizza, these are certainly a really good choice.

Experiment 2: Rustic Flatbread with my own sauce and cheese toppings 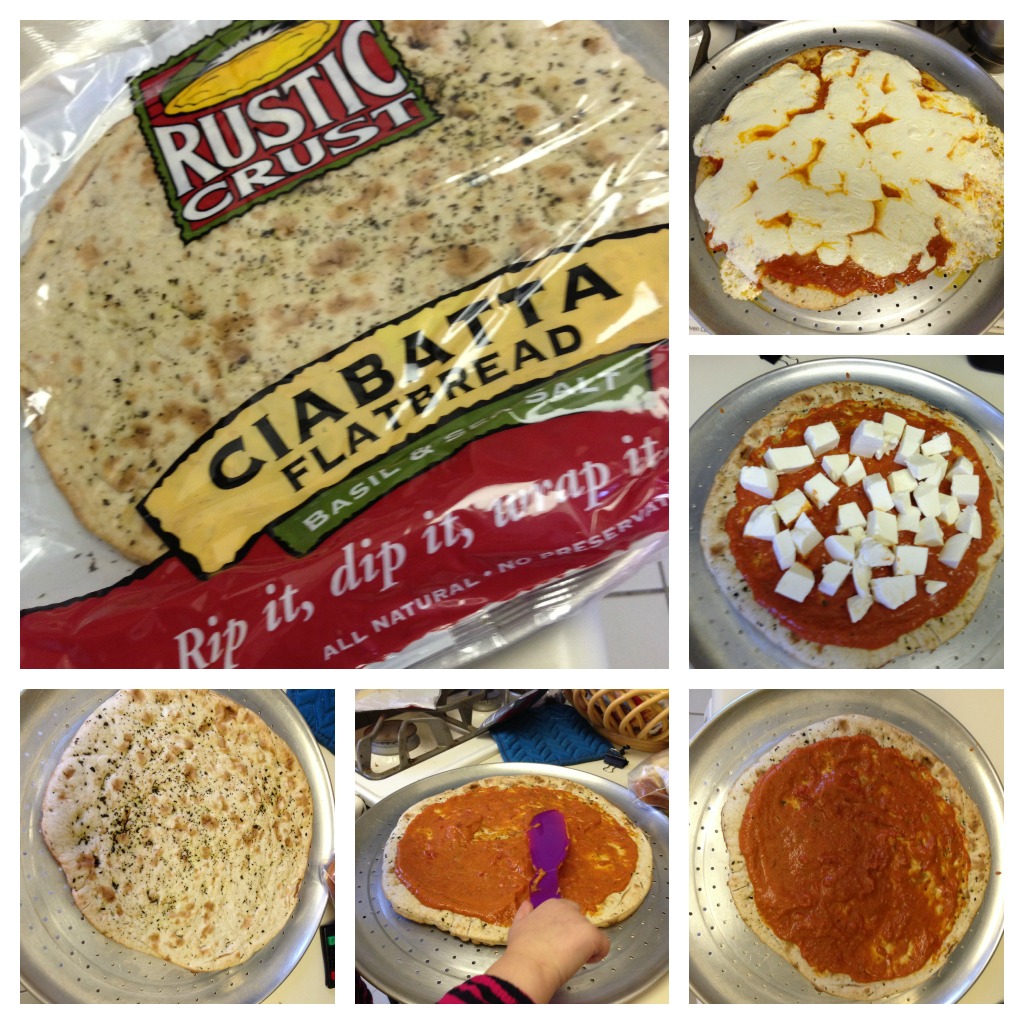 This appealed to everyone in my family much more, because we got to build our own pizza. I was already fascinated by the claims on the packaged that this no-preservative crust could be shelf-stable until well into the summer.  Is there magic in their packaging?

My kids had a great time spreading on sauce and fresh mozzarella and definitely enjoyed eating this one.  The crust was denser and more chewy than homemade, but it too 15 minutes from opening the package until my kids were already sitting down and eating dinner.  Though I prefer to make my own from scratch, there are days when speed is definitely the name of the game.  This crust made a really nice pinch-hitter.

**Disclaimer: I received samples of the product to facilitate my honest review.  All opinions are my own.**

One thought on “Rustic Crust and American Flatbread Pizza (review)”