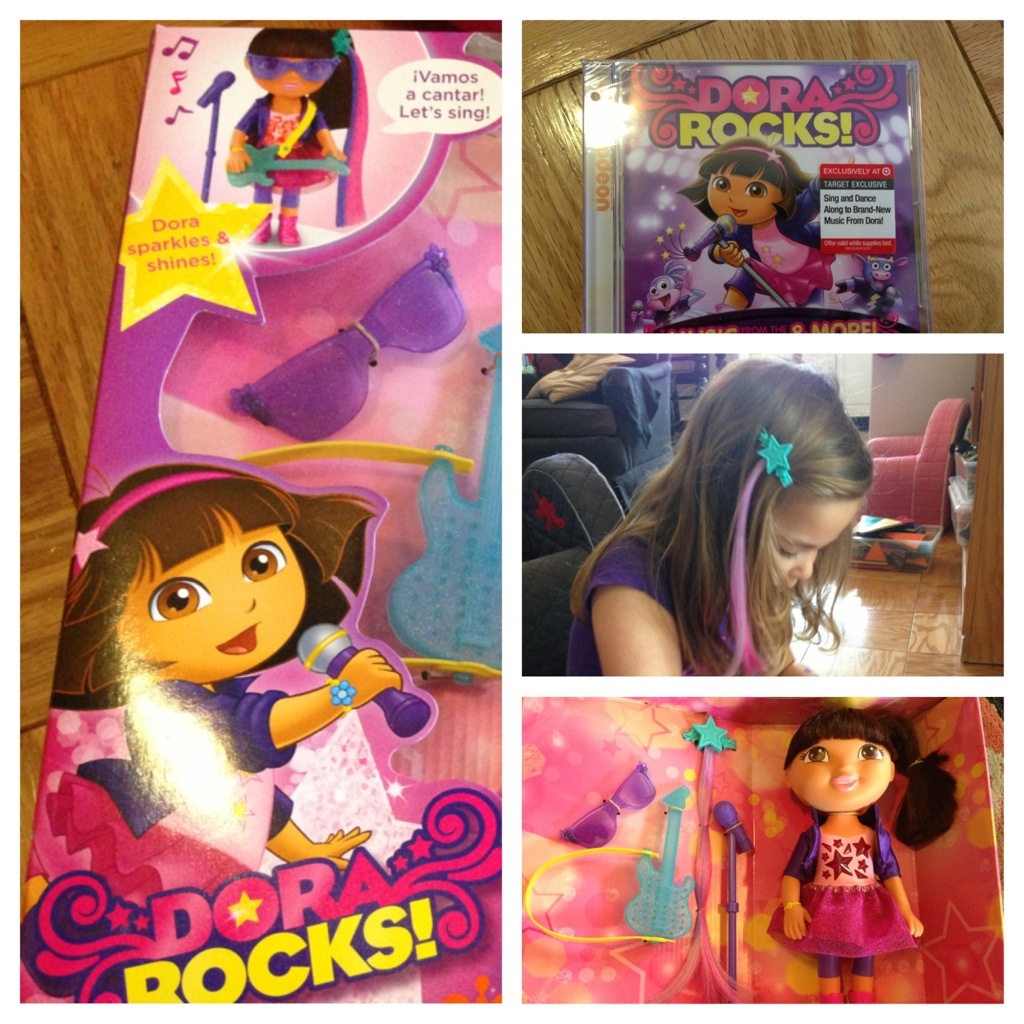 There are times when a product sample gets an “eh” reaction from my kids. Then there are times when, right out of the box, a new toy becomes a permanent sidekick.
The new Dora Rocks singing doll, complete with rock star outfit, mini plastic microphone, seriously clever guitar that doubles as a comb and matching hair barrette for my daughter was an instant hit–to say the least.

While the lack of a volume button and one-note song don’t thrill me (Note to you manufacturers: Volume buttons are an absolute must!), the music could be much worse and I love that teenage Dora is much more appropriate and less sexy than in years past. I also love that my almost 4 year old daughter can disappear into her room with Dora and play rock star by herself for the better part of an hour!

My daughter, along with her older brother, have also listened to the accompanying CD (sold separately) about a bazillion times. While it’s not going to replace the Beatles on my playlist anytime soon, at least Dora’s singing voice isn’t too terribly squeaky.

And did I mention that my daughter LOVES her?!

The Dora Rocks! line features an array of themed products, only available at Target, including:

**Disclaimer: I received product samples in to facilitate my honest review. All opinions are my own.**