Is there such a thing as healthy candy?

Though nobody is suggesting that you replace broccoli with chocolate and nougat, there are a whole lot of chemicals and other garbage being mixed into most commercially available candy. Take out the hydrogenated oils, GMOs, artificial flavors and colors, preservatives and a whole lot of the sugar and you have a significantly less bad for you product.

And, as with many smart ideas, it came from the mind of a kid. A 13 year old asked a question, his grownups took him seriously and UNREAL candy was born. 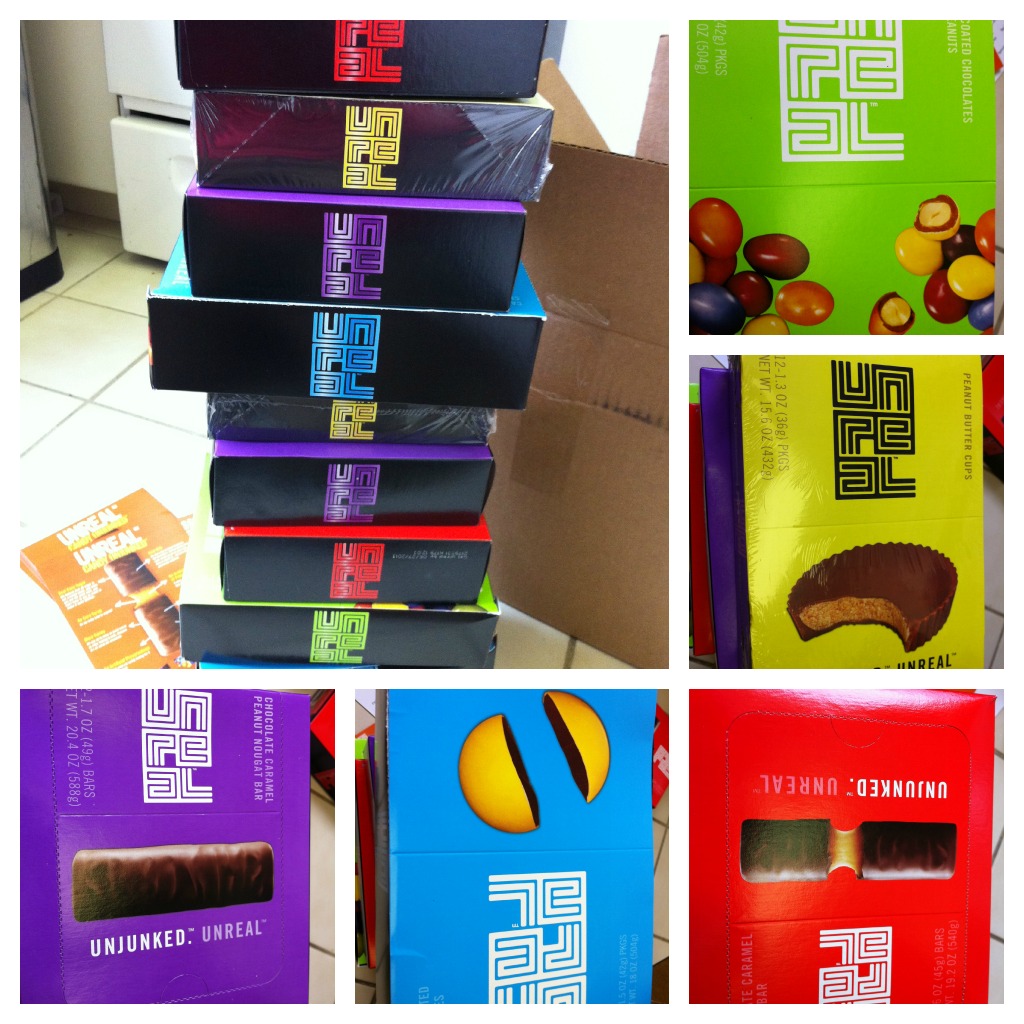 When my box of candy arrived in the mail, I very responsibly tasted each and every kind to make sure that I was happy serving it to my guests. After tasting, I almost decided that I wasn’t going to share 😉

I decided to throw my party at a friend’s office (thanks to my husband Rafi Bernstein for making the connection and schlepping the candy downtown) because there is no better place to get a bunch of adults to pay attention to treats than when you spring them for a bit from their cubicles. 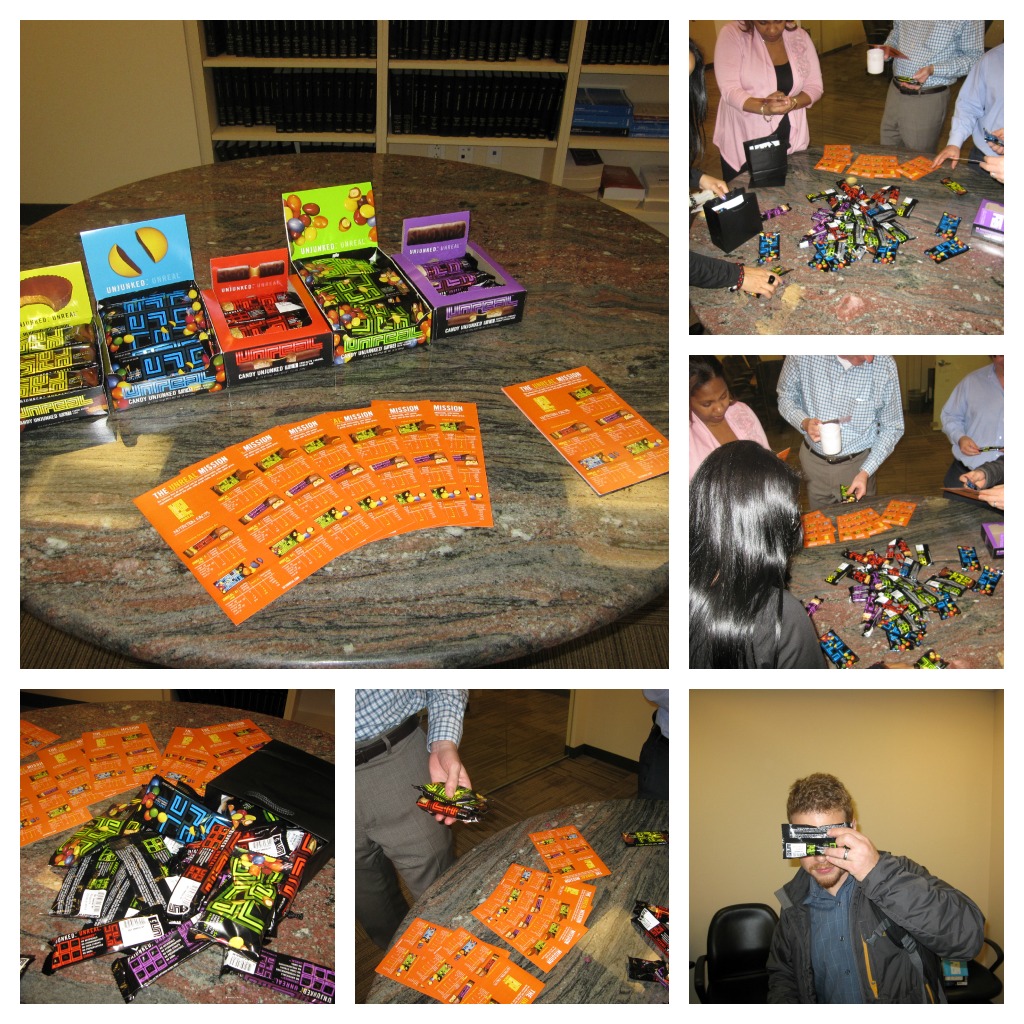 We set up in the conference room and let them have at it. At first, people seemed taken aback by the ‘Get Unjunked’ tagline, until they tore into the candy and proclaimed it a success. Even after I told them that the coloring in the candy coating was made from vegetables 🙂 The news of free candy spread like wildfire, and goodie bags full of sweets were packed up to take home to everybody’s families.

Another small admission? I kept a couple of boxes at home, a few packages for me and the rest for the trick or treaters 🙂

My kids insisted on sampling a little as well… 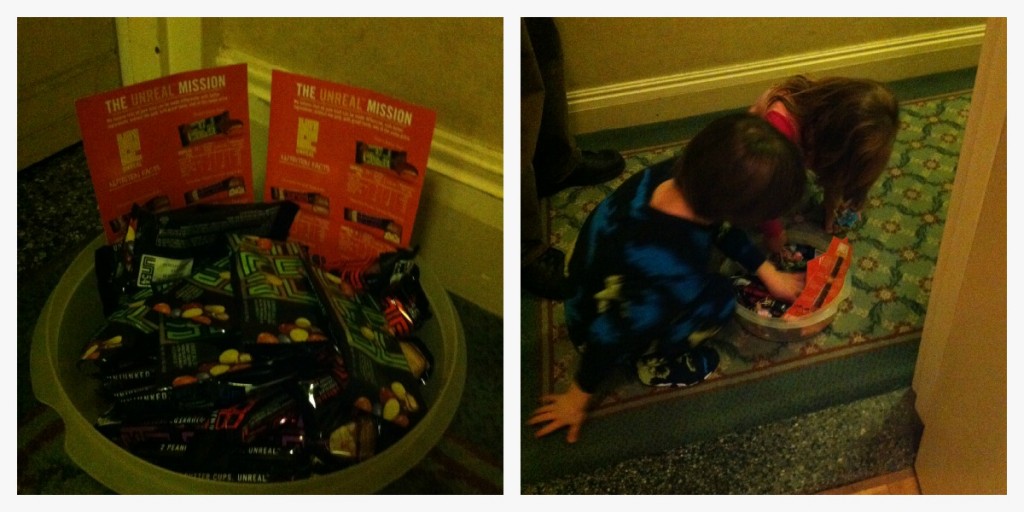 ** Disclaimer: I received compensation to facilitate this awesome party and for this post. All opinions are my own.**

One thought on “I Threw a Healthier Candy Office Party with Get Unreal! #GetUnreal”