**Disclaimer: I was compensated for this post. All opinions are my own.**

Have you ever heard of the Toxic Substances Control Act (TSCA)?

Despite the fact that I am virtually obsessed with buying only organic produce and dairy products for my family, I didn’t know that this act hasn’t been updated since it was first passed in 1976.

Take a minute for that to sink in. Nineteen Seventy Six.

Try to think about how many ways our world has been changed for better and for worse since then. It wasn’t until the 1980’s that there were disposable contact lenses, compact discs or personal computers. You think maybe a few bazillion new toxic chemicals have been introduced into our world in that time, as well?! 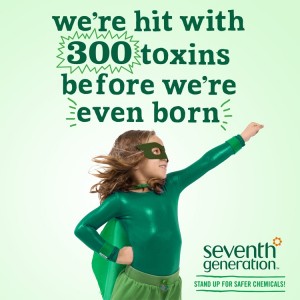 More than 80,000 chemicals available in the United States have never been fully tested for their toxic effects on our health and environment. Loopholes in TSCA have made it impossible for the Environmental Protection Agency (EPA) to fully regulate all of the chemicals that are out there and to make sure that consumers and businesses are fully aware of which chemicals should worry them. Scary, scary stuff.

Legislation to reform TSCA was recently introduced into the U.S. Senate–but more is needed.

Seventh Generation, a company synonymous with plant-based and healthier household products, has launched the Toxin Freedom Fighters Campaign which is working to collect 100,000 signatures from concerned citizens to convince the U.S. government that TSCA reform is necessary and that ALL chemicals need to be evaluated and tested. The signatures will be presented to Congress on April 30, 2014 to help bolster the chemical reform movement.

Sign the petition, show the government that you care and help make the change. 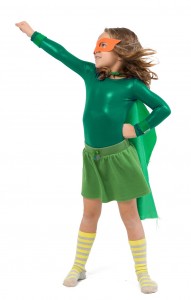 If we work together, we can get rid of all dangerous toxins and help future generations live in a clean, healthy world.