My kids are crazily prolific crafters.  At any given moment, bits and pieces of half finished art projects could be covering at least 2/3 of my not-so-huge New York City apartment.

I buy construction paper by the ream, glue and tape in multi-packs and googly eyes in numbers that I don’t even want to think about.

That’s one of the many reasons that it’s nice when my kids decide to use things like empty egg cartons, wire coat hangers and toilet paper rolls to create some of their masterpieces–it saves money, gives them another outlet with which to be creative and leaves and opening for a good lesson about recycling and saving the earth.

Even though my kids are both brimming with ideas, it’s always nice to find another source of inspiration for them.

The live-action adventure series Annedroids (available on Amazon prime with a free first episide) follows Anne, a young female scientist and inventor, her human friends and her android assistants as they undertake all kinds of cool inventions and discoveries.  Anne is a definitely an out of the box thinker–wbere other people see a garbage heap, she sees infinite scientific possibilities.

My 8 year old cut apart an egg carton and, using some other materials that he had around, created a puppet and built him a cushy house in which to live–the clothespin body makes it possible for the puppet to clip directly onto his house. 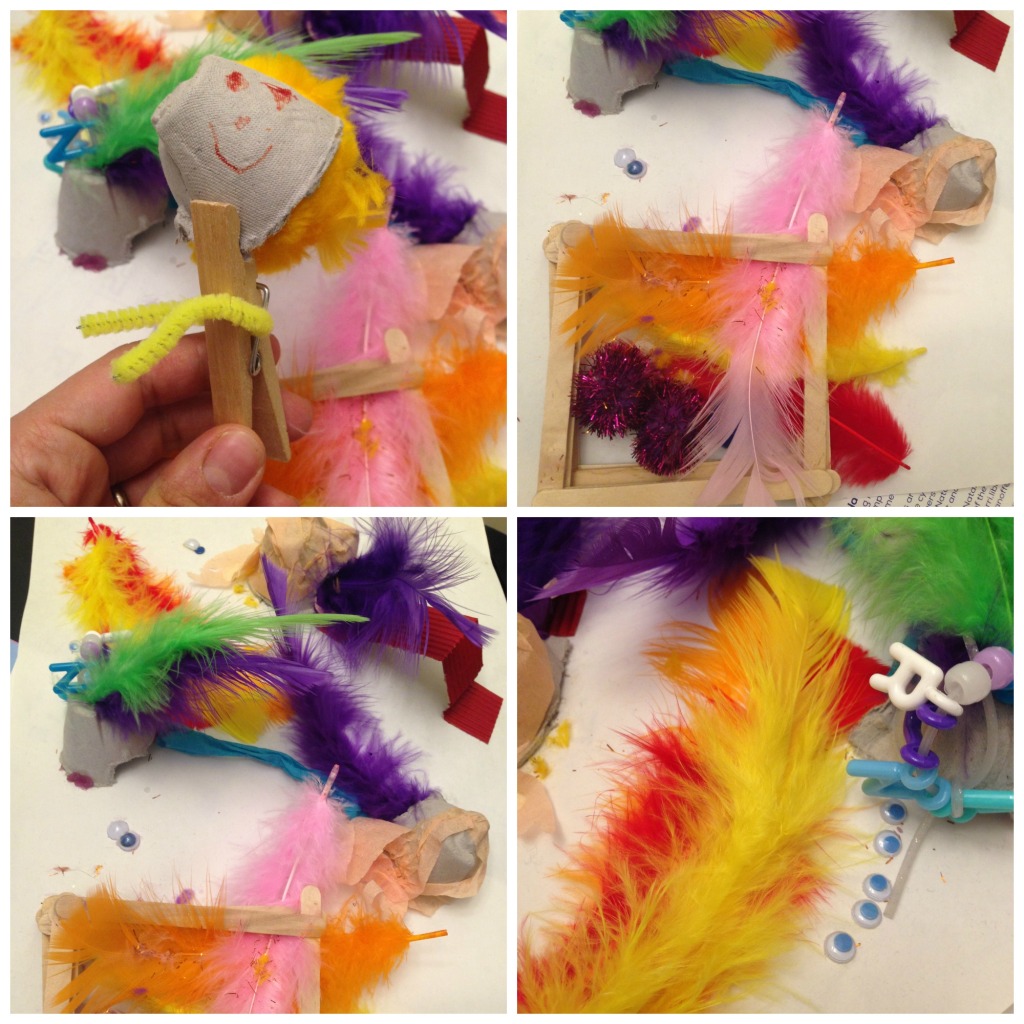 My 5 year old daughter was in a more abstract mood and refused to name what she created–only to say that it it surrounded by worms in a moat.  She used some of the same egg carton and lots of scraps of paper and other doodads that she found in her room. 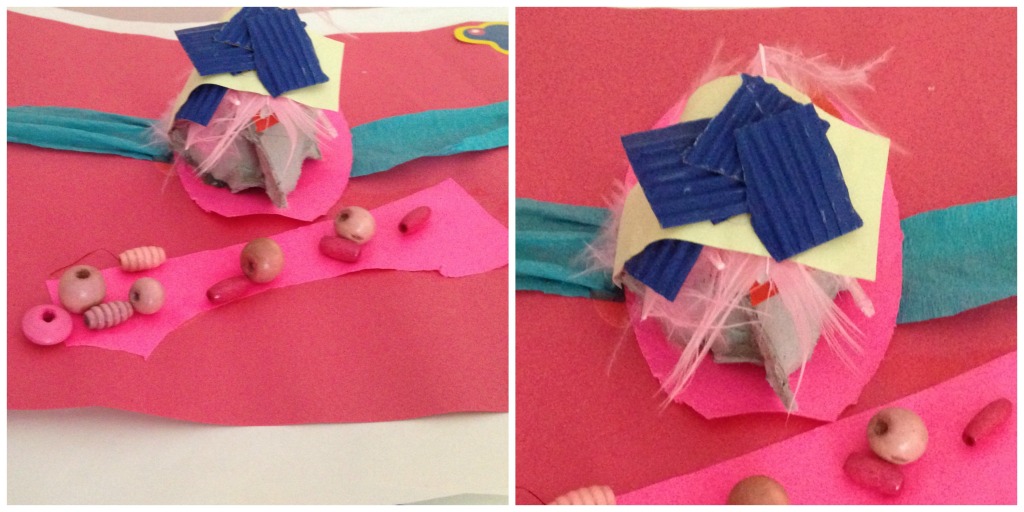 The show Annedroids has so much going for it–a feisty female character who is neither a princess nor a typical girlie girl, a bunch of curious kids making discoveries and super cool robots.  If this is the kind of art and conversation the show inspires in my kids, I am looking forward to seeing more!

I was selected for this opportunity as a member of Clever Girls and the content and opinions expressed here are all my own.

2 thoughts on “Kid Crafts with Recyclables & the #Annedroids”